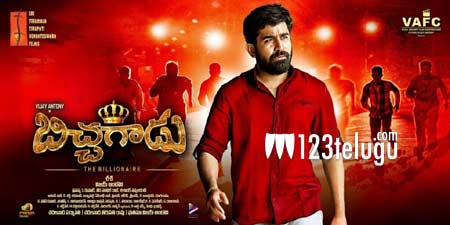 Vijay Anthony’s Bichagadu was a sleeper hit and earned big bucks at the ticket window. The film which was aired recently on Gemini television notched up a superb TRP rating of 19.4 which is huge for any dubbing film till date.

The effect was so much that a film like Supreme which was aired on Zee Telugu was left behind with a TRP of 15.1. The unique theme of the film and superb performance by Vijay Anthony won hearts of many and stood out as a winner.

Meanwhile, Vijay Anthony is busy promoting his latest film Bhetaludu which is up for release soon.