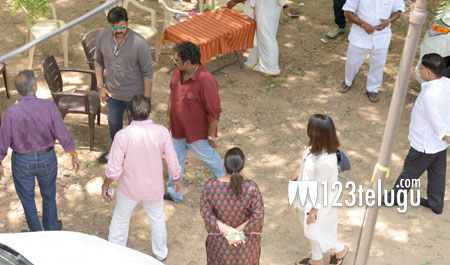 Megastar Chiranjeevi’s 150th film has started rolling and fans are already excited about the film. The movie’s shoot is going on at good speed and today, the film is being shot on public roads in Hyderabad. Shooting is going at the KPHB flyover.

Chiranjeevi and other actors are participating in the shoot. Vinayak is the director of this movie and Ram Charan is producing the movie on Konidela Productions banner. The film is being produced with a big budget and it is being readied for a release in Sankranthi.

Devi Sri Prasad is the music director of this movie.