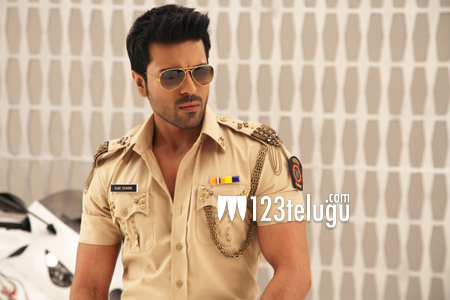 123telugu had already reported that the shooting of Ram Charan’s Dhruva is currently on in Kashmir. Sources close to the unit reveal that today’s shoot has kick started with the filming of a song in the beautiful locales of Kashmir.

The song is being shot on Rakul Preet and Ram Charan. Navdeep also plays an important character in this film which is produced by Geetha Arts. Dhruva is the official remake of the hit Tamil film Thani Oruvan and has Aravind Swamy as the main villain.