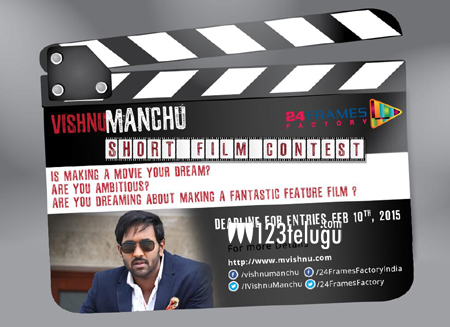 Some time back, we had reported that Vishnu Manchu has launched a annual short film contest to tap new talent in the industry. Latest update is that renowned film makers like RGV, Deva Katta, Dasarath and writer BVS Ravi will head the elite panel who will be judging these films.

The winner will get a cash price of 1,00,000 and will also get to direct a film in his banner 24 Frames Factory. Entries have been pouring in and the response has been amazing.