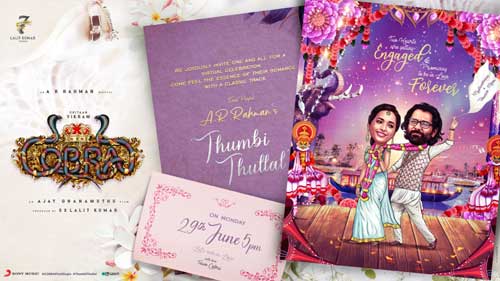 Tamil hero Vikram’s new film, Cobra’s shooting is stalled due to Corona lockdown. Being directed by Ajay Gnanamuthu, the film has already wrapped up more than fifty percent of its shooting.

Meanwhile, the latest news is that the first single from the audio album named Thumbi Thullal will be released on June 29th. KGF fame Srinidhi Shetty is the female lead in Cobra.

AR Rahman is the music composer and the film will have a pan-India release sometime in 2021.