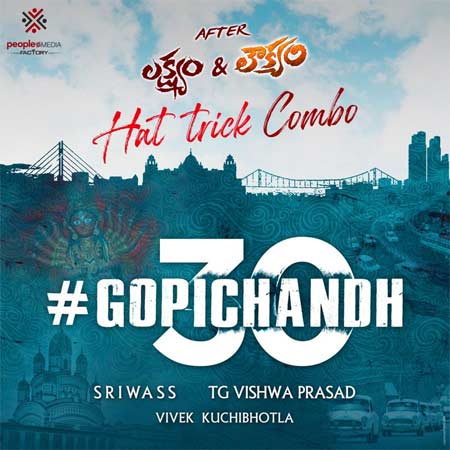 After the successful Lakshyam and Loukyam, actor-director duo, Gopichand and Sriwass, will soon be joining hands with each other for their hat-trick film. An official announcement in this regard has been made this morning. The film marks Gopichand’s 30th project as an actor.

Going by the announcement poster, the film is set in the backdrop of Kolkata. Touted as a complete family entertainer, this as-yet-untitled film will be bankrolled under People Media Factory by Vishwa Prasad TG and Vivek Kuchibotla. The film will have its formal launch soon and the regular shoot will commence immediately. Senior writer Bhupathi Raja is penning the story