Intriguing teaser of Manamantha impresses
Published on Jun 25, 2016 10:26 am IST 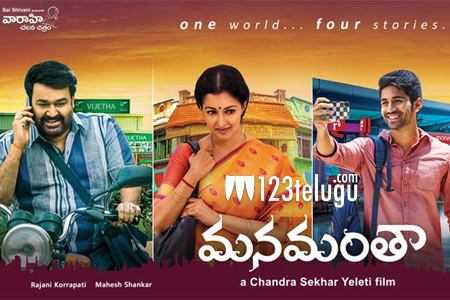 It was a huge news when it was reported that Mohan Lal will be working with talented director Chandrasekhar Yeleti. The film was titled Manamantha and everyone wanted to know what it is all about.

Now, finally after a lot of weight the film’s first look teaser was released earlier today. The trailer is a breath of fresh air and looks quite intriguing. Based on four different stories, the teaser starts of on a simple and happy note by showcasing the lives of four different individuals.

But the end of the trailer is captivating as the lives of these four get messed up. Stories like these are very hard to deal and it will be interesting to see how Chandrasekhar has handled them.