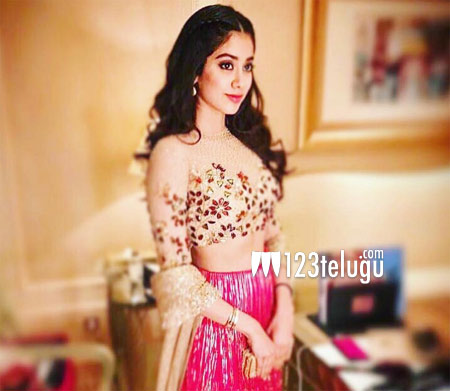 Now that it is a known fact that Sridevi’s daughter is making a debut in a Hindi film called Dhadadk. The latest we hear is that the film will have a raunchy item number which will be shot on Jhanvi Kapoor.

The young actress is currently prepping for the same and is learning the dance moves from a noted dance master. The song will be shot soon and it will be very interesting to see how Jhanvi performs in the song and dance routine in films.

Shahid Kapur’s brother, Ishan Khattar plays the main lead in this film which is produced by Karan Johar.