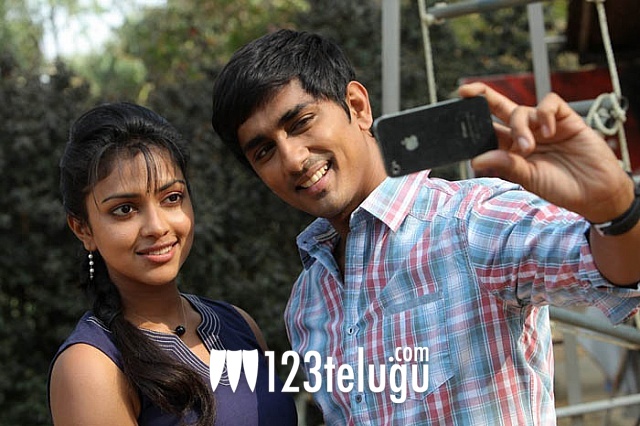 The publicity blitzkrieg of Siddharth, Amala Paul starrer Love Failure has gone on full drive just few hours before the film’s audio launch. Siddharth, Amala Paul and Thaman are in Hyderabad today to launch the preview of the songs of their film at four different TV Channels. So far, the film’s publicity was restricted to airing song promos and trailers on Youtube and TV and today, the film’s print ads were published in several newspapers.

The ads feature Siddharth and Amala Paul describing how their relationship changed over a course of few months. Balaji Mohan has written and directed the film and S S Thaman has composed the music. Siddharth and K Venugopal have produced the Telugu version on Etaki Entertainment banner. The film’s audio will be launched later today at Prasads Multiplex and we hear that Siddharth and Thaman are going to perform in front of a live audience. The film will hit the screens in mid-February.