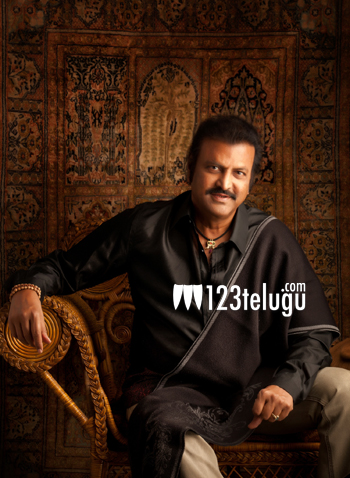 Well known actor, director, producer, educationist and philanthropist Dr. Mohan Babu just completed 40 years today in the film industry and he attributes his success and longevity to his ability to adapt to the trade and audiences expectations.

Dr. Mohan Babu who has acted in more than five hundred feature films in lead, and many dominant roles first major breakthrough as an actor came with the 1975 film Swargam Narakam directed by Dasari Narayana Rao.

Since then there has been no looking back as he went on to achieve success and popularity, first as an actor then as a producer, director and a philanthropist. Major Chandrakanth, starring N.T. Rama Rao and himself in the lead roles directed by K. Raghavendra Rao is among the big blockbuster films in Dr Mohan Babu’ relentless career.

“I must thank all those people who were around me and supported me during these 40 years. But in the course of my journey I have realized that it is important to listen and understand what the audience expects from you every time you face the camera,” said the Padma Shri awardee. Dr. Mohan Babu.

I have been also open to learning throughout my career. My recent film with Vishnu Manchu and Ram Gopal Varma ‘Rowdy’ is a step in that direction. I also believe the exchange of knowledge between young and old.

His son’s Vishnu Manchu, Manoj Manchu and daughter Lakshmi Manchu have made their mark in the industry and continue to enthrall audiences with their diverse screen performances.

The actor surprised everyone with his comeback film with a whole new look in the film ‘Rowdy’ which got tremendous response at the box office. I love challenges the actor says and my hunger for more continues.