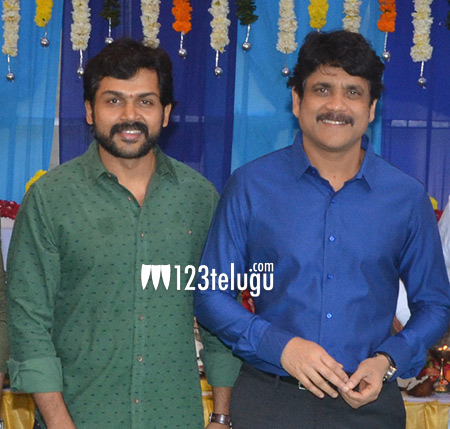 One of the much awaited films of this season, the Nagarjuna-Karthi’s multistarrer, will have its title logo unveiled tomorrow. The film is being directed by Vamshi Paidipally and Tamannaah will be seen as the film’s leading lady. Popular production house PVP Cinema is producing this high budget Telugu-Tamil bilingual.

The film has been in the making for several months now and a major schedule took place in exotic locales in France, apart from Chennai and Hyderabad. For the last few months, several titles like Oopiri, Dosth and Mitrudu etc have been doing the rounds as the film’s official title. The film is said to be an official remake of the 2011 French comedy drama, Intouchables.