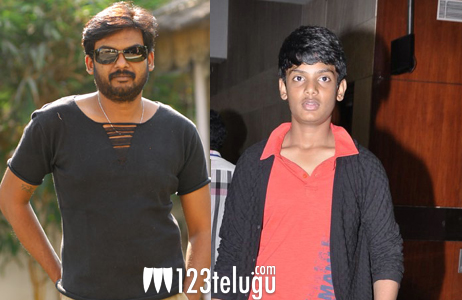 Akash Puri, son of ace film maker Puri Jagannadh is familiar to the Telugu audience with his roles in movies like ‘Dhoni’, ‘Gabbar Singh’ and ’Chirutha’. He is currently busy shooting for his début film titled ‘Andhra Pori’.

Talking about the movie Akash said “Our film is a teenage love story and perfectly suits my age”. He also added that it has an amazing script and will not include any romantic scenes. Andhra Pori is the remake of a Marathi movie ‘Time Pass’. This movie is directed by Raj Mudiraju and Ulka Gagan Gupta will be seen opposite Akash .