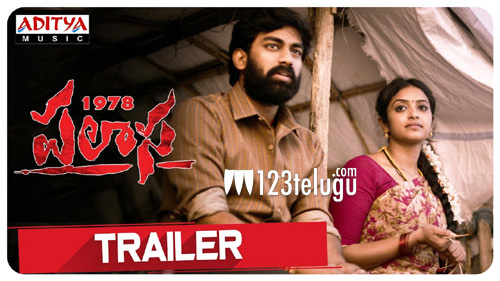 Hero Rana Daggubati has launched the theatrical trailer for the much-talked-about period village drama, Palasa 1978, this evening. The 2 minute trailer is quite impressive and is loaded with intense, periodic crime elements based on true characters that hailed from the Srikakulam region in 1978.

Palasa 1978 showcases the crime journey of two folk artist brothers. Music composer Raghu Kunche surprises not only with his riveting background score but also as the scheming antagonist. The rustic village visuals are sure to take the audiences to the bygone era.

Palasa 1978 is directed by debutant Karuna Kumar and produced by Dhyan Atluri. D Suresh Babu is releasing the film and Thammareddy Bharadwaj is presenting it. Featuring an all new cast, Palasa 1978 is slated to hit screens on March 6th.