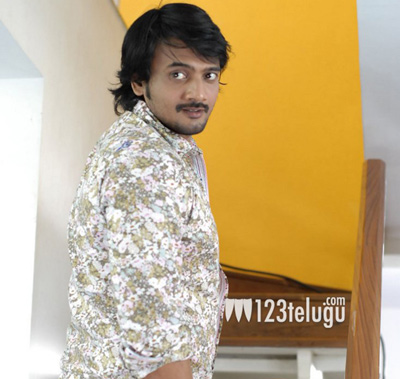 Sairam Shankar has been trying his best to score a hit which will cement his place in Telugu film industry for quite sometime now. In the past, couple of his films like 143 I Love You and Bumper Offer did well at box office and he got good reviews for his supporting role in Neninthe. After a brief gap, he’ll soon be seen in Jithendra’s Yamaho Yama. The film’s audio was launched yesterday in a grand way in Shilpakala Vedika. Srihari, who played Lord Yama’s role in the film, was the star attraction at the event and the guests who graced the event lavished praises on him and Sairam Shankar for being sincere and hard working actors.

Talking about the film, Sairam Shankar said, “In the past there were quite a few films made on Lord Yama; however, this film is going to be a different experience. It’s the story of a devotee of Lord Yama. Sri Hari did a great job as Lord Yama. I must thank my producers for being so patient and passionate about making this film. We had a problem securing the US Visa; however, they managed to surmount the problem and later we shot for almost 30 days in US. Mahati has composed very good tunes for the film. I hope thefilm gives me a big break in Telugu cinema.” Parvathi Melton and Sanjjannaa are playing the lead roles in the film. G Vijay Kumar has produced the film on GVK Arts Production banner. Mahati has scored the music. The film will hit the screens later this year.