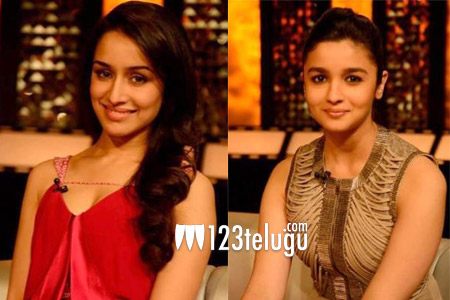 It is a known fact that Bollywood heroine, Shraddha Kapoor is playing the female lead in Prabhas’s Saaho which is currently underway. Before Shraddha, many top heroines were considered for the role and many names were taken but Shraddha got the lucky chance.

But the latest report from Mumbai reveals that Alia Bhatt was initially approached for the film but she rejected the offer. The report further reveals that as Alia did not find her role interesting as the film was completely male-centric.

Alia’s loss is Shraddha’s gain who is super happy with this huge project which is being made in Tamil, Telugu, and Hindi on a whopping 200 crore budget.