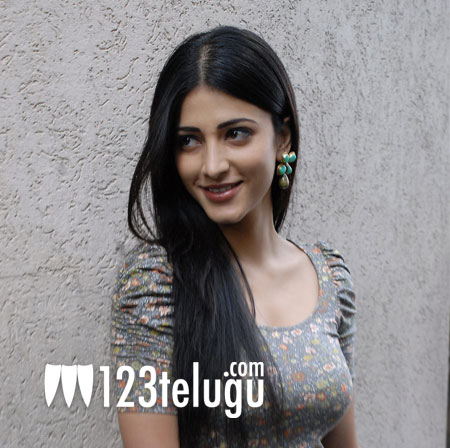 Shruti Hassan is a great example of how hard work and a relentless pursuit of perfection can earn success. But the actress says that talent and hard work alone will not fetch stardom. “It is a mistake to think that if you’re an actor you only need to learn about acting. You need to be aware of what happens behind the camera and be more aware of your surroundings and the people in it.” she says.

Shruti went on to say “I used to have a good understanding of what happens behind the camera before I turned to acting. Although from a family of actors, I only learnt about acting after I started donning make up. Relevant or not, learning as much as possible about cinema will help an actor professionally and this awareness will translate into better performance and more stardom”.

This glam girl is currently occupied with Ram Charan’s ‘Yevadu’ and Ravi Teja’s ‘Balupu’ in Telugu and is filming with director Prabhu Deva for a Hindi flick.