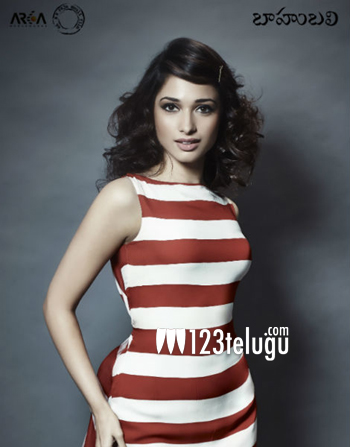 Milk white beauty Tamanna is playing the heroine’s role in SS Rajamouli’s Baahubali and she is going to be seen as Avantika.

Now the first look of Avantika from the movie will be released today on the occasion of Tamanna’s birthday, which falls on December 21st. The Baahubali unit officially confirmed this.

Tamanna and Young Rebel Star Prabhas are busy shooting for this movie in Bulgaria. Keeravani is the music director and Senthil is the camera guy. Arka Media is producing the movie. Baahubali is going to release in April 2015.