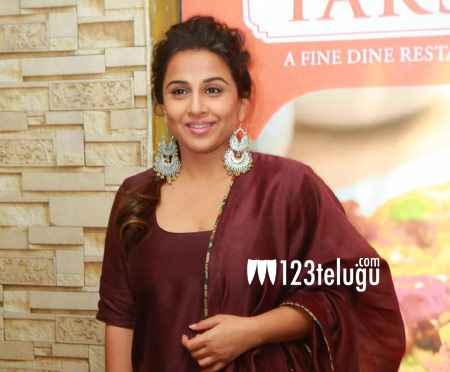 Hindi star, Vidya Balan will be making her debut in Telugu with the NTR biopic which is currently on floors. Vidya will be seen in the role of Basavatarakam, who was the wife of NTR.

Many reports were going around saying that Vidya is only doing a cameo in the film. But speaking in an interview, Vidya said that her role is not just a cameo but will have crucial importance in the film.

Adding further, she said that her role has been conceived quite well and she is very excited to start shooting for the film. Krish is directing this film which will also have many known stars doing crucial roles.