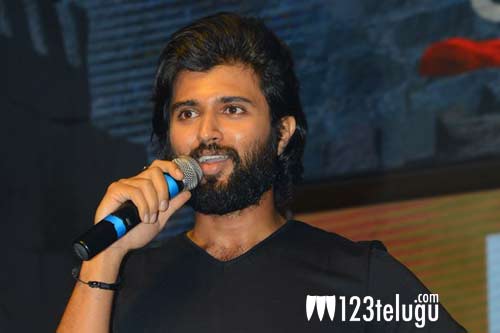 It looks like the story of Meeku Mathrame Cheptha appealed to Vijay Deverakonda a great deal. Because the actor who first said okay to be a part of the film eventually went on to produce it!

Sharing that it was a story that he was quite impressed by and keen to do, Vijay said in an interview that post the release of Arjun Reddy he realized that it wasn’t possible for him to do it anymore. However, he was so keen to be a part of it that he decided to turn producer instead.

In fact, he convinced director Tharun Bhascker to turn actor with this one! Falaknuma Das happened later for the filmmaker even though it released first. Well, MMC was surely destined to have Vijay as a part of it, but no one knew in the beginning that he would become the reason for it to be made!