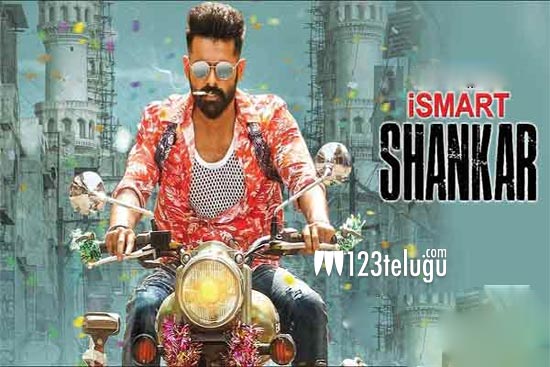 The complete audio of Ismart Shankar is finally out in the open. Composed by the legendary Mani Sharma, let’s now see how this album turns out to be.

Analysis: The first song in the album is Ismart which hits you right away the moment you listen to it. The beats, mass aura, and singing are a lot of fun and create a groovy effect on the listener. Puri is back in his elements and this song reminds us of his good old days where all his songs used to be big hits. Mani Sharma has killed it with his peppy tune and special attention goes to Bhaskar Batla’s fun lyrics. The song sounds a lot of fun and is surely going to be a solid hit with the masses.

Analysis: The second song ‘Zindabad Zindabad’ has Puri’s trademark cheeky style written all over it. Zindabad song is all about the film’s lead actors, Ram and Nabha Natesh here, showcasing their love and affection for each other. Noted lyricist Bhaskarabhatla has come up with catchy lyrics once again. It’s veteran composer Manisharma’s funky and peppy tune and Santhosh and Ramya’s breezy rendition that makes the song instantly hummable.

Analysis:  Mani Sharma is in his elements once again as he has composed a very peppy and massy tune for Bonalu. The song is in Telangana slang and has full on mass beats and crazy lyrics which are quite rhythmic. Knowing Ram’s mass steps, this song will be a visual treat for his fans. One can say that Mani Sharma is back with a bang in this song which will surely go viral in the coming days of every Telangana festival.

Analysis: The song starts on a soothing note and then takes a high base with a good chorus. The song impresses you once you listen to it multiple times. This song is shot in the foreign beaches and provides a lot of eye candy by Nidhhi Agerwal which will make this song even more interesting. Mani Sharma gives this song a Bollywood touch as this number will surely click once the film releases.

Analysis: The song is a total mass number with full-on energetic beats and Mani Sharma is in his elements as he has kept the mood and tempo of the song upbeat. The song has a Telangana backdrop with some fun lyrics.

One can easily say that Mani Sharma makes a good comeback with the album of Ismart Shankar. The album is massy, peppy and full of life. The songs have been designed keeping the theme of the film in mind and that it is the reason they will be loved by the masses and will have a limited appeal with the general audience. Ram’s crazy dance moves in all the songs will give this album and the film a bigger push. Ismart title song, Zindabad, and Bonalu song are our picks and will click even more after seeing the massy visuals on screen.