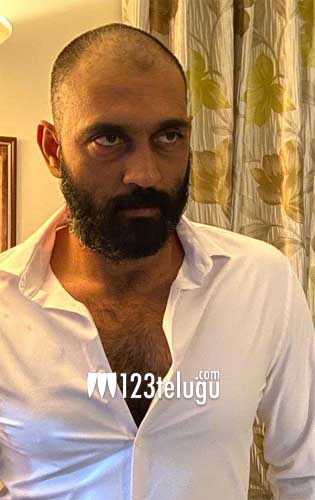 Today in our lockdown interview series, we bring you an exclusive interview with the super talented actor Ajay. In a detailed conversation, the soft-spoken actor speaks about his transition phase, ups, and downs in career, future projects, best compliment, friendship with NTR, and acting with likes of Chiranjeevi. Here is the transcript.

What films were you working on before the lockdown happened?

I have been working for Acharya with megastar Chiranjeevi garu. I shot for two days and this happened. I also okayed two OTT projects which will be announced soon.

You won’t believe after being in the industry for 20 years, I have met him only once. The second time, I met him was on the sets of Acharya. It was a dream come true as working with him was on my bucket list. He was well informed about my work which surprised me a lot. It was a surreal experience seeing him prepare for his role on sets.

What kind of role are you doing in Acharya?

I am not allowed to say much about my role but I can say that I am doing a very good positive role after a long time and am sure that it will get me a good name in the industry.

I am from Vijayawada and dropped out of engineering. I also tried my hand at doing ICWA but that too did not happen. Until Vikramarkudu happened, I was not serious about my career at all and was doing films for fun and money. Since then things changed and it has been 20 years now.

Your body transformation images have gone viral. What was the need for that?

We are now living in such exciting times and the entire country is watching the Telugu industry. With all my expertise, I felt that if I work on my body as well, it would be a new lease of life and will get me interesting roles as well. In a way, I am rediscovering myself.

I clearly remember, after watching my film Ishq, both Rajamouli and Rama garu called and spoke to me about my role. Rajamouli is not the kind of person who appreciates much. I still remember the way he spoke to me and I felt it was the best compliment to date. Also, Ishq was my most difficult role to date as I had to portray a lot of emotions at a time.

We don’t see you in big negative roles these days. Why is that?

Frankly speaking, I am in a transition phase where I cannot play a young villain or a senior villain because of my age. The transition period happens to every actor and I am going through it.

About your ups and downs in your career?

My career graph is not proper at all. After doing a big film like Vikramarkudu, I thought my career would change but it did not happen as I did not get good offers. The same happened after Sarai Veerraju and Dikkulu Choodaku Ramayya. People stopped giving me negative roles. I was only called for one scene two scene projects. I have crossed that stage now and have some interesting projects lined up.

How do you see the boom of OTT platforms?

It is the next big thing which has taken everyone by storm. Trust me, in the next three years from now, every big hero will be on the OTT platform. I feel you can do so much as an actor in these web series and I am eagerly waiting to work in OTT shows as well.

Your best work to date?

Vikramarudu, Arya 2, Ishq, Lakshmi Klayanam, and 24 are some of my best works. My role in Sarileru Neekevvaru looks simple but was presented in a very different way.

The current generation of actors who have impressed you?

I like Satyadev’s work a lot and he is going to be big. Also, a young actor called Thiru who acted in Palasa is very good.

Any dream role you have in mind that you want to portray?

I want to do a very cold negative role like that of Heath Ledger in Dark Night. I am waiting for such a role that will challenge me as an actor. I am also waiting to work with Puri sir again and want to do a solid role in one of his films.

Your close friends in the industry?

I am very close to NTR and love his company. He is an amazing person to hang out with. Apart from him, Nithin, Nara Rohit, director Vikram Kumar, Srikanth garu, Koratala Siva, and many others I am close to. I also get to learn a lot whenever i meet Trivikram garu.

After a brief gap, things are working out well again for me. I have a Kannada film, some good OTT projects, and am ready with a new look, energy to take on the industry for another twenty years.

Finally, How are you keeping yourself busy this lockdown?

We actors do not get a lot of time to spend with my family as we are always shooting. I am spending time with my sons and have been watching a lot of films. I just watched Miracle in Cell No 7 and would suggest it to the readers. I am taking care of my own household stuff and as I am a bad cook, I have left that part to my wife.

With that, we ended our chat with Ajay and wished him the best of luck for his future projects.