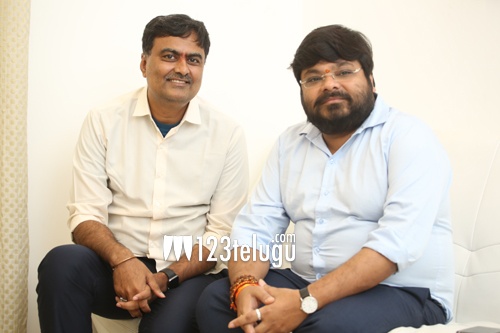 Raja Raja Chora is a good hit now and on this occasion, we caught up with the makers Abhishek Agarwal & Co-producer Vivek Kuchi Bhotla for a brief interview. Here is the transcript.

How is the response for Raja Raja Chora?

The response has been quite amazing. Right from the reviews to the B and C centre audience, everyone is loving the film. Even in cities like Bangalore, the film is doing well and we are so happy. In many interiors of AP, the shows are being added one after the other.

U had so many OTT offers. What made you choose a big-screen release?

Tell us about the director Hasith Goli?

We heard the narration in a small chamber and loved it right away. In a way, we can say that Hasith has made the film six times better than what he has narrated to us. He is a solid maker to watch out for.

Why did you halt the US release?

We purposely did that as the film was releasing on Wednesday. As things are not that good in the US, we have taken this decision. Very soon, the film will reach more destinations in the days to come.

About the OTT releases of Telugu films?

Covid has changed in a big way. The producers have fallen into a dilemma and several makers are opting for an OTT release. If not for the Covid scene, there will a release every week and the big-screen release is always good.

About Sree Vishnu and his performance?

He and the director Hasith brought the film to us. He has done a solid job and has made sure that everyone enjoys it a lot. I will surely work with him in the days to come.