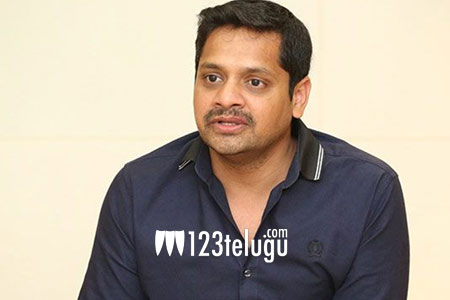 Geetha Govindam has been declared a good hit at the box office. On this occasion, we caught up with the film’s producer Bunny Vasu for a detailed interview. Here is the transcript.

I never expected such openings for Geetha Govindam

We all knew that we had a safe project in hand. Things were evident that the film will take good openings because of Vijay Devarakonda’s craze but we never expected this tsunami of collections in just the three days itself. Vijay has become a massive star with this film and we all are very happy about it.

Parasuram and Vijay were always confident

While shooting for this film, Arjun Reddy became a massive success and took Vijay to another level. Here in our film, he is playing a completely contrasting character and I was very scared about how the audience will receive it. But both Vijay and Parasuram were very confident and never doubted the script.

Why will I leak my own film?

Even I heard the rumors that we knowingly leaked some scenes to hype the film. My question to them is that why in the world will we leak our own film scenes. We have nabbed many people who leaked the entire film online and will take serious actions against them so that everyone will learn a lesson.

The way the film is making money in Tamil Nadu has shocked us completely. We sold for the film for just 28 lakhs and the film broke even with just the second show itself. The bookings of the film are quite strong even on the weekends and this shows how big a star Vijay has become now.

Chiranjeevi garu spoke to me for one hour

I always used to see celebs tweeting about hit films and felt that one day my film should also be on that list. With Geetha Govindam, I received good compliments and I cannot forget the day when Chiranjeevi garu spoke to me for an hour and lauded the film and Vijay’s performance.

Parasuram made this success possible

The moment I heard the script, I knew there was success written all over it. As we waited for a correct heroine, the film got postponed with its shoot. Even though we had many doubts in our minds about the project, Parasuram was very clear with his script and made the film a super success. His next film will also be in our banner and he is working on the script as of now.