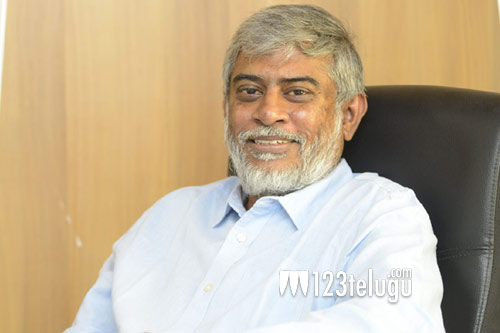 What took you so long to make this film?

I had been busy with the scripting of this film. Not only this film, but I have wrapped up a few other films during this gap. For me, it takes a lot of time to sit and write and I do not easily wrap up things.

How did this idea of Check come up?

I always had an idea of making a film on a genius who gets caught in a weird situation. One fine day, I got a thought about a Chess grandmaster getting stuck in jail and how he manages to come out through his love for the sport.

What kind of research went into this film?

A lot of research went into the making of this film. At least 70% of the film happens in jail which is a fictional jail. Here, I need to speak about the art director as he has done a solid job with the set. Even the look of the jail setup, the uniform of the inmates has been changed to make things look different.

Tell us about Rakul Preet’s role in the film?

She plays a lawyer in the film and is a very scared girl by attitude. What happens when such a girl is assigned a high-profile case is her basic character. She has done a superb job in the film.

What made you choose Ntithin for this film?

A project with Nithin was always on the cards. Once the project was fixed, this story came up, and here we are with the release. Also, Nithin was ready to experiment with this film and he has given a superb performance you will see him in a new way altogether.

Why don’t your films click commercially? Don’t you feel that you are lagging behind in the race?

I am aware that most of my films do not click commercially. But my films are way ahead of the time and not many like the serious nature of them. So, they won’t run commercially as well. Somewhere I am also to be blamed as I am also not capable of showcasing things in a commercial manner.

Your skillset suits the OTT culture in a big way. Any plans for making a film?

Many have been saying this to me but I have no plans. The moment I stop getting offers in Telugu films, I might think of going there. For now, I don’t see myself doing an OTT film in the next few years.

I have two more films in the pipeline and one is with Mythri Movies banner. Apart from this, I also have another film lined up which will start soon.