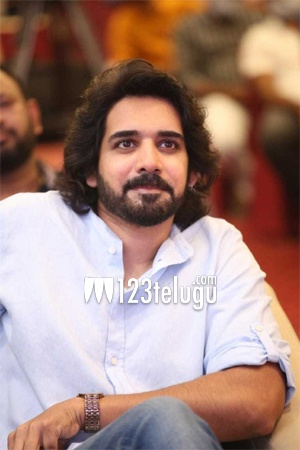 Sushanth is ready with his new film Ichata Vahanamulu Nilapa Radu. On this occasion, we caught up with him for a detailed interview. Here is the transcript.

How has Ala Vaikunthapuramlo’s success affected you?

It changed so much in my life. The big hit I was looking for came. I got a Sprite Ad with that film and new directors are coming to me with good scripts. So, Ala Vaikunthapuramlo has only helped my career.

About Trivikram’s words at the pre-release event?

Bunny saw Chi La Sow and liked it immensely. He then asked Trivikram garu to watch it and only after that, sir roped me in for Bunny’s film. So, that is the reason, he spoke like that. He also told me to enjoy the work and he saw that in the shoot of Ala, I was relaxed and I should do films which I am comfortable in.

This script came to me even before Chi La Sow. When director Darshan narrated this film, I loved the story and its realistic setup. More than anything I had a good scope to perform and said okay to the film. But we had to wait for my other films to release.

Tell us more about the film?

The film’s story is quite fresh and has not been dealt with in recent times. The story is simple but the situations create are quite engaging. Our film has scope for comedy and also the twists are impressive.

Why was this film delayed so much?

It was only due to Covid. Just when we were going ahead to shoot, something or the other used to happen. Then, the OTT offers were also good. But now things are set and finally, the film is releasing on the big screen and I am happy.

How satisfied as an actor you are with this film?

I am super happy with the way the film has come out. Some big names are playing key roles and personally, I feel this is my best work to date and am confident that the film will be a good hit.

When are you getting married?

I don’t know as I have not met the girl. My mother is under pressure from others but she is not forcing me. I feel that my career is getting back on track slowly and I will make the right move when the time is right. I have not put any targets in life and am taking one step at a time.