Interview : Usha Mulpuri – Krishna Vrindha Vihari will be one of the best movies in Naga Shaurya’s career
Published on Aug 24, 2022 6:17 pm IST 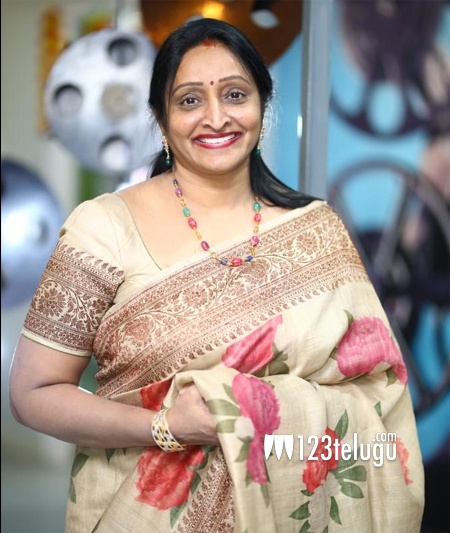 Tollywood’s young and dynamic hero Naga Shaurya’s Krishna Vrindha Vihari will be hitting the screens on 23rd September. The film is produced by Usha Mulpuri under Ira Creations and is directed by Anish R Krishna. Shirley Setia is the female lead. The release date was announced by the producer today and she also had a brief interaction with the media. Here is the transcript.

How did the project Krishna Vrindha Vihari start? Which aspect of the story made you connect to it?

Naga Shaurya heard the story and he liked it. We started the film during the pandemic. Krishna Vrindha Vihar is a commercial family entertainer. I connected to this story like a mother. Apart from this other elements also made me connect to it.

How will be the hero’s characterization in Krishna Vrindha Vihari?

Naga Shaurya’s character has multiple shades like a village guy, a Brahmin boy, a software employee, a son, a lover, a husband, and a friend. I feel Krishna Vrindha Vihari will be one of the best movies in Naga Shaurya’s career. The release date that we fixed initially got changed due to the pandemic. As it is a good film we waited for the right date and hence we are coming on September 23rd.

As it is a Brahmin character, how was the preparation from Naga Shaurya?

He took training nearly for two months for this Brahmin character. A trainer was arranged by the director for the same. Also, a lot of care has been taken for the dubbing.

As your son worked in this film, you didn’t compromise on the film right?

If you provide me with another hero and story I will make it better than this. My son won’t come to the promotions. Had it been some other hero it would be positive for me (sarcastically). These kinds of questions are quite common as I am doing a film with my son.

Are you not planning to make films with other heroes?

To be frank I haven’t come to the industry with a single goal. My entry was unexpected. After each movie, I thought of going back. Hence I haven’t approached others. Even while doing this film, I was having the same thought that this film will be my last one. But my friends and well-wishers asked me to do more films. So I changed my decision and I am planning to do films with others.

Tell us about this film’s heroine Shirley Setia?

There is a shortage of actresses in Telugu. I hope Shirley Setia will fill that gap. She is a very good actress and has performed very well in this film. Heroine’s name is Vrindha and the hero’s name is Krishna in the movie. Hence we named it Krishna Vrindha Vihari.

Do you have any stories in your lineup?

We are listening to a few stories. But there is no thought about new films now. A pregnant lady would think of having a new baby only after the delivery. I am just in the same stage now. Presently my entire concentration is on this film’s release.