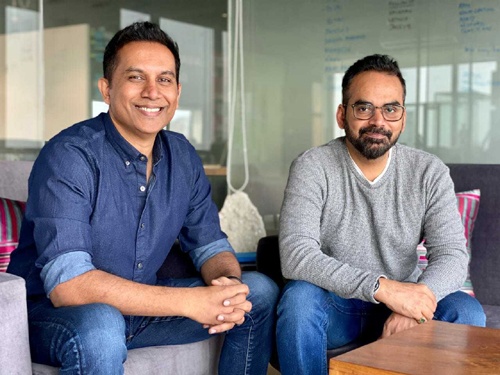 Cinema Bandi is a film that is all set to release on Netflix tomorrow. The film is produced by popular filmmakers Raj and DK. On this occasion, we caught up with the duo for an exclusive interview. Here is the transcript.

What attracted you to Cinema Bandi?
The manner in which the story was etched attracted us a lot. There was honesty in the characters and we felt that such different films should be encouraged at any cost.

What made you give a nod to a newcomer like Praveen?

Praveen’s writing was simple and yet his story had good emotions. But as the subject was different, we asked him to make it as a short film first. He came back and impressed us with his short film and then we decided to produce it on our new banner.

Did you ever have an idea of making Cinema Bandi in Hindi?

From day one, we wanted to make this film in Telugu. The story is set on the Andhra and Karnataka border and had to be told in Telugu only. Also, we were very sure that the film would have only newcomers doing lead roles.

What is your opinion on the current OTT culture in Tollywood?

As far as we know, it is picking up big time and in the days to come, it will be an alternate industry where different kinds of cinema will be made. Even if theatres come back, one cannot ignore the rise of OTT in Telugu.

When will the second season of The Family Man come out?

That is the most asked question to us these days. As we have promised, it will be out by the end of this summer. We are super excited about the second season as Samantha is also there. 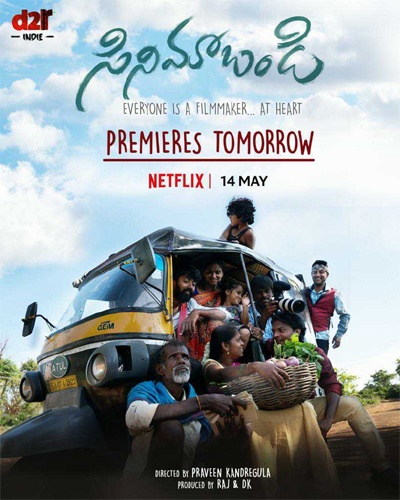 Speaking of Samantha, what made you choose her for The Family Man 2?

We were sure that we wanted only a south star for this role. When we watched Super Deluxe, we were bowled over by her performance. Her role in the series is quite bold and edgy. So, when we narrated the character, she was game for all the aspects. This shocked us as well and we roped her in. The way she took bold steps and gave her best will shock everyone.

Any film or actor that has really impressed you in Telugu?

To be frank, we do not get time to watch much work in Telugu. But films like Pelli Choopulu, Arjun Reddy impressed us big time. Tharun Bhaskar and Sandeep Reddy are good directors and the ones to watch out for.

Why didn’t you make a big film in Telugu?

We don’t want to take names here but were in talks with a noted hero. When he was free, we were busy and things did not happen for other reasons. We would love to do a big Telugu when the time is right.

Being Telugu guys, you have made it big in Bollywood. How do you feel?

It feels really great. We started our career in 2009 and took a break as things did not work. From being software professionals to making different stuff, we did what we thought was different and made a name in Hindi cinema. We still feel our best work is yet to come.

What happened to your film with Shahrukh Khan?

That is also in the discussion stages. As he is busy, things are not clear as of now. If anything happens, we will surely announce it.

As of now, we are doing a series with Shahid Kapoor, and then, there is yet another big production which will be produced by Hollywod’s Russo Brothers who are venturing into the Indian OTT market. We are super excited about that project.

With that, we ended our interview with Raj and DK and wished them the best of luck for Cinema Bandi.