Exclusive Interview : None of us are bigger than the films we make: Ravibabu
Published on Nov 10, 2011 8:52 pm IST 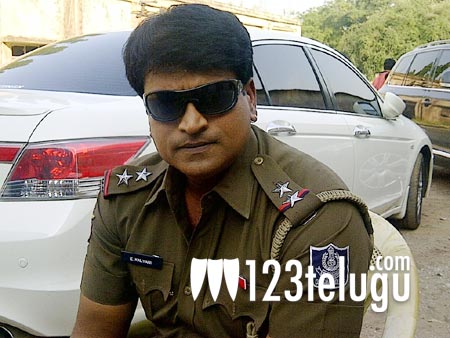 Ravibabu has made a name for himself as a director of stylish and sensible films. He is a very versatile and immensely talented personality. Apart from directing, Ravibabu is also a very good actor. He is on a high these days with the success of his recent offering, Nuvvila. Our correspondent Mahesh K.S. met up with him on location, where he was shooting for a new Telugu Movie. He was looking macho in full Police Uniform.

Q. Firstly, congratulations for a very successful reception of Nuvvila at the Box Office.
A). (Smiles) Thank You. Thank you very much

Q. You have managed to extract excellent performances from new comers on more than one occasion. How difficult was it to work with the cast of Nuvvila?
A. Ajay, Havish, Prasad and Yami are very talented individuals. They may not have faced the camera much before, but they have it in them. I consider myself quite lucky to have found them as they did a fabulous job and made my life a lot easier. They have been received very well by the public and I am happy.

Q. Many low budget movies are failing to click at the Box Office these days. Films like Nuvvila are a rare exception. What do you say?
A.Its not a question about big budget and low budget. For example, if you look at Nuvvila, that movie’s production values are way better than many so called ‘big films’. People look for freshness and I think they found that freshness with Nuvvila. When the audience likes a film, it does not matter whether the movie is made with a big budget or a small budget. Public is the best judge.

Q. Shekhar Chandra seems to be your favourite music director. Any particular reason why?
A. I find Shekhar Chandra’s music honest. He never lets the music director in him overshadow his contribution. He understands the need of the film perfectly and makes sure that his music is perfect for the occasion. I really like that in him. His music is fresh and we have a successful track record. What more do we need? None of us are bigger than the films we make.

Q.Can’t agree more. You are very good on screen and have a brilliant comic timing. Why can’t we see you more often on screen?
A. (Laughs). Well, I guess people will get fed up of me if I appear too often. (Laughs again) . But yes, I do love acting. However, I cannot do a role just for the sake of it. I should be able to fully justify my presence. I will not do a character even in my own film if I feel I am not right for it. Not only me. It is the same for every artiste. I am now doing this role of a cop.

Q. You are looking macho in the cop uniform.Which project are you working on?
A. The film has not yet been officially named but I can say that it is a remake of Johnny Gaddaar.

Q. What are your future projects?
A. I am currently writing the story for my next film. It should be over soon and I am planning to begin shooting from Jan 2012.

Q. Will it have newcomers again?
A. Well, it is too early to say. I will only begin casting once my script is complete. As I said, script is the king.

Q. Any dream projects you want to take up?
A. (Smiles) I dont have any dreams.I don’t dream. I just roll up my sleeves and work.

So that is Ravibabu for you folks. He is well grounded and pretty sure about what he wants and what he expects. He rushed back into the shoot as soon as this interview was over.