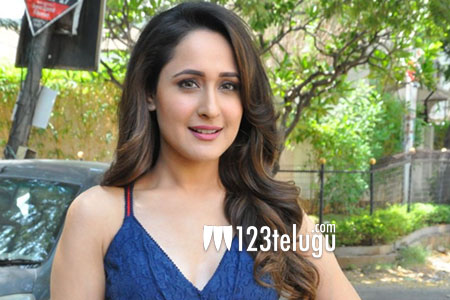 After a long wait, Achari America Yatra is finally ready for release this Friday. On this occasion, we caught up with the film’s leading lady, Pragya Jaiswal, for a brief interview. Here is the transcript.

The story is all about Vishnu coming to find his love for me in America. How does he accomplish that is the whole story. The film is an out and out commercial entertainer which will surely leave everyone in splits.

I play an NRI in this film who is quite modern and beautiful. But the way my role has been written with good emotions will be loved by the audience. There is hilarious comedy in this film and the entire family can happily watch it this summer season.

You have already worked with Manoj. How was it collaborating with Vishnu?

Manoj is a naughty soul who is restless and keeps cracking jokes all the time. But Vishnu is quite cool and maintains his dignity all the time. I had a lovely time working with him during this film as went through a lot during the making of the film.

It was for a bike scene which went wrong. I was with Vishnu during that accident as we suffered severe injuries. Luckily, God was on our side and we recovered quickly.

Highlights of the movie?

It is undoubtedly the combo of Vishnu and Brahmi garu. They both share a crackling chemistry and will surely bring the house down on fire.