Interview : Nagarjuna – Chay will grab all the limelight for Bangarraju
Published on Jan 14, 2022 12:54 am IST 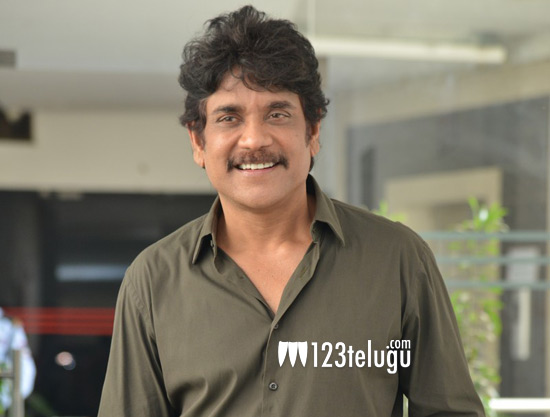 On the occasion of Bangarraju’s release, we caught up with Nagarjuna for a brief interview. Here is the transcript.

Soggade was a hit. What’s special with Bangarraju?

This time, China Bangarraju, Chay has made an entry into the sequel. Our chemistry, story, fun, and festive atmosphere are going to be quite special. Also, as the story needed a father and son angle, Chay was an obvious choice and he has done so well.

Will, there will be a sequel to this film as well?

We never made Soggade so that we can a sequel but it happened. So, the basic theme of Bangarraju’s Atma coming back is universal and can come back anytime in the future. If this sequel is a hit, we will surely have the third part. For now, we have no plans.

Ramya Krishna and I go a long way back. We know each other so well that it is very easy to act with her and our combo will rock once again. She is very jovial and keeps cracking jokes all the time.

About Chay’s performance in the film?

From day one, Chay was not sure whether he will pull off such a bold and over-the-top role of Bangarraju. But I forced him to sign the film and he gave his best. You will see a new angle of Chay’s performance in this film.

Ticket rates will not affect my film you said. Can you justify it?

I told it because the GO came into existence in April. We started in August and planned our budget according to the rates in existence. In that aspect, I said our film will not be affected. Also, we have been sitting home doing nothing and I felt I should not hold the film anymore.

Night curfew has been extended in AP only for your film says reports?

Laughs. The government does not change its rules for a single person. They have changed the rule only for the Sankranthi season as the crowds need some time to enjoy the festival.

The biggest thing that attracted me to her was the way she learned the language in no time. She is a very professional actress and has no airs. In this film, she has a very good role and she will surely go places.

He always had the idea of the sequel and revealed it to me long back. I asked him to come with the story and only if I liked it, the film will happen I said. It took one and a half years and he has now come out with a proper masala film.