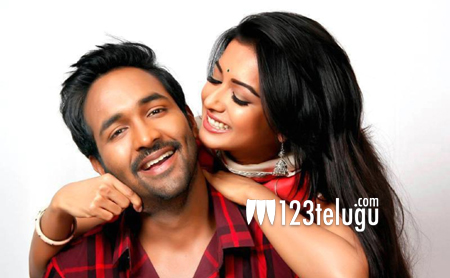 Vishnu is playing a well scripted role alongside me and he is the hero of the film, in fact Vishnu will be on screen before I enter the scene, and this will be his best performance till date, says Erra Bus Producer Director Legendary Dasari Narayan Rao.

Tarak Prabhu Production’s 37th Film 151st film of Dasari Narayan Rao, The film Erra Bus is remake of Tamil superhit ‘Manjapai’ a clean entertainer and not at all an absolute copy and the director has brought a new dimensions to the story to connect to the Telugu audience’s heart.

Catherine plays the female lead opposite the hero of the film Vishnu Manchu. Chakri has composed the music for the film. The film will have a world wide release on November 14 and the audio release is planned for October 31.