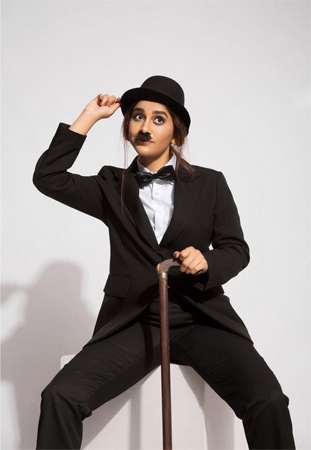 She is quite active on Insta as well and posts some glamorous snaps of her most of the time. But now, she has done a fun photoshoot where she is seen as Charlie Chaplin and we can say, she looks quite cute.

Nabha was last seen in Nithin’s Maestro and has a bunch of films lined up in the days to come. For now, her cute snaps have gone viral.