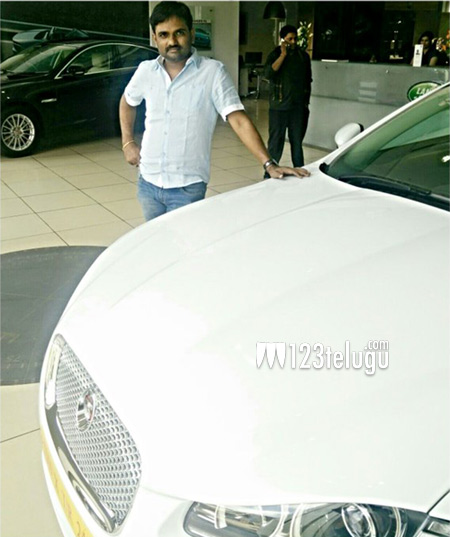 Nothing tastes like success and director Maurthi is on cloud nine after giving a blockbuster film Bhale Bhale Magadivoy. The film became a smash hit in all its areas of release and is still playing in some centres. Maruthi’s direction and entertaining narration was applauded big time. Taking the success to another level, Maruthi is seen here with his brand new swanky Jaguar car which he has added to his prized possessions. Well, we once again congratulate him for the huge success.