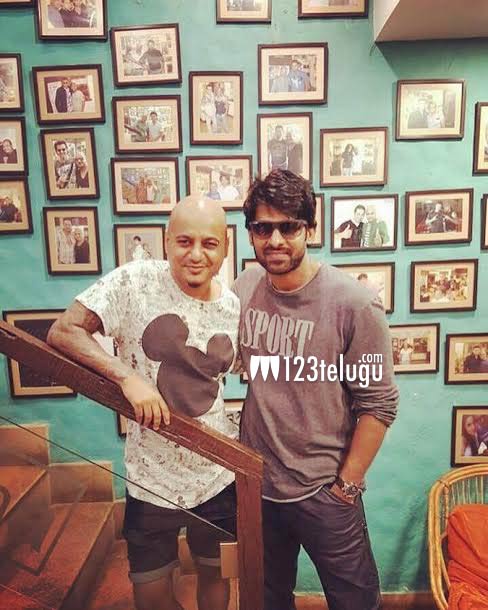 We had earlier reported that Prabhas is holidaying in the US and will soon land in India. Looks like the handsome hunk is already in India and was spotted in the famous Bollywood hair stylist’s salon Aalim Kahim’s. Seen here in the above picture is Prabhas with a cool hairdo and stylish beard. Looks like the Baahubali star has also lost a lot of weight for his new film Saaho. Post the success of Baahubali, Prabhas is an nationwide star now and is planning his career carefully.