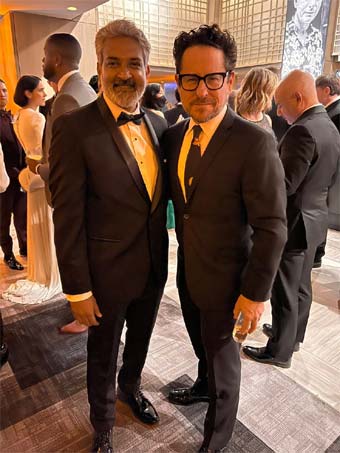 RRR is reaching newer heights with each passing day and is taking the fans by surprise in unique ways. American and Japanese audiences widely received the film. Moreover, NTR and Ram Charan have become global phenomena with their astounding performances in the movie.

Today JJ Abrams, the director of sensational films like Mission Impossible III, and Star Wars: The Force Awakens, stated that he is a huge fan of the global blockbuster RRR. Also, Abrams met Rajamouli at the 13th annual Governors Awards in Los Angeles.

Time and again, Rajamouli is making Telugu cinema reach unexpected heights with his unparalleled vision. The fans are hoping the mega-blockbuster will win the prestigious Academy awards as well. Let’s see if that happens.