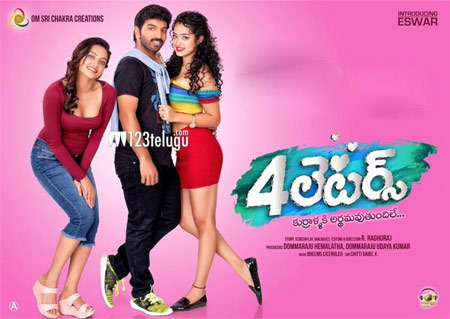 4 Letters, introducing Eswar as lead hero and directed by Raghuraj have ensemble star cast like Posani Krishna Murali, Dhanraj and many other prominent actors.Tuya Chakraborty and Ankita Maharana are playing Eswar’s love interests. Movie is all geared up for worldwide release on Feb 22nd and will also be releasing in US in all major cities.

4 Letters is bankrolled by Dommaraju Hemalatha and Udaya Kumar under the banner Om Sri Chakra creations. The trailer that has been launched recently has clocked more than 2 million views. Bheems has composed the music and Chiitbabu is the DOP.