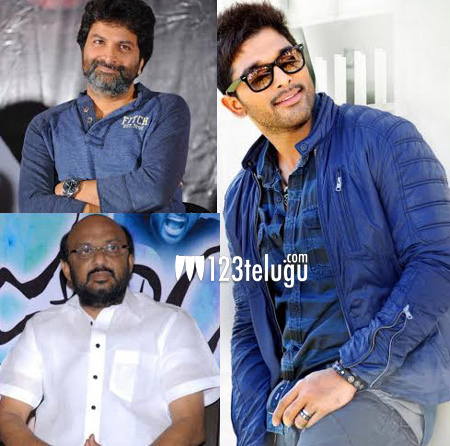 Haarika & Haasini Creations are to kick start the Promotional activities of their Stylish Star Allu Arjun and Trivikram film “s/o Satyamurthy”on the joyful and colourful Occasion of Holi.

The Film unit is returning on 06/03/15 after completing 3 Songs in Spain and Europe with Allu Arjun, Samantha & Nitya Menon. The film which will reintroduce “super star UPENDRA” to the Telugu audience in an major role has an ENVIABLE huge star cast and is one of the most expected films for this summer. The Audio Function of the movie has been planned on the 15th March, Sunday.

The Promotional Activities have been handed over to Shreyas Media. On the Occasion of Holi, Producer S Radhakrishna alias Chinababu has decided to release the Pre-First Look of the Movie tomorrow through their Haarika and Hassini creations facebook page and all other websites.