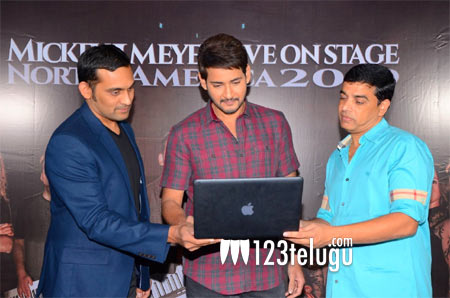 Tollywood’s leading music composer Mickey J. Meyer launched his first ever musical tour in style. Earlier this week, Superstar Mahesh Babu and ace producer Dil Raju released a one of its kind promotional video. In fact, anyone who’s watched it is talking about how classy it looks.

What’s more, in a bid to promote the tour full fledgedly, for the first time the promo video will be screened in theaters across the globe, outside India, along with the upcoming film Srinivasa Kalyanam.

The hit composer who has scored several chartbusters over the last decade will be performing his tour in 2019 across North America.