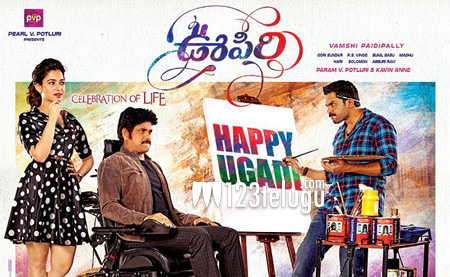 Nagarjuna, Karthi starrer Oopiri’s great run in overseas market has taken the film into the top 10 list of all time grossing movies in USA.

Oopiri will be one of Nagarjuna’s highest grocessing movies in terms of ticket sales and generate a good will among people. Starting this Friday all ticket prices will be at Theater prices, be it $5 for Matinee or $10 for evening shows.

Oopiri had collected $1,430K so far and hoping to surpass other movies with this weekend.

Oopiri will be playing in 70 theaters even in the third week so you can catch the movie close to you.

“Oopiri” starred Nagarjuna as billionaire and Karthi as tapori guy. The movie had Tamannah as heroine. Directed by Vamsi Paidipally and produced by PVP Cinema.