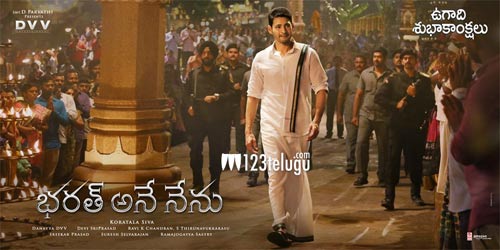 Expectations are quite high on the Koratala Siva-Devi Sri Prasad-Ramajogayya Shastry combo which had given three musical hits in the past. BAN’s audio album features five tracks. Let’s see how the songs fare:

Song 1: The Song of Bharat

Analysis: The album kick starts with ‘Song of Bharat’ which is a theme song crooned by the super talented David Simon. He infuses soul into the inspiring lyrics penned by Ramajogayya Shastry. The song describes Bharat’s political vision, his attitude, and commitment to his people. DSP’s minimalist orchestration and soothing tune add a great depth to the song. The impact would be several times higher once you watch this montage song on screen. An even bigger chartbuster this song will be when the film releases.

Analysis: The second song in the album is the much talked about ‘I Don’t Know’ which marks the singing debut of Farhan Akhtar in Tollywood. The song hits you instantly as Farhan breathes energy into the song and sings this number in a very energetic manner. The way the phrase ‘I Don’t Know’ has been used along with DSP’s lovable orchestration is quite good. Ramajogayya Shastry’s lyrics talk about ignorance and self-exploration in a modern way. A fun number this number is which the fans will love even more after watching Mahesh’s cool steps on screen.

Analysis: Moving on, the third and probably the best song on the album is Vachaadayyo Saami. Sung by the award-winning Kailash Kher, this song has a profound feeling that’s so pure. This song hits you right away the moment you hear it the first time itself. DSP loads the song with celebratory beats as the tune, singing, and lyrics will give you goosebumps right away. This song will surely create a deep emotional impact on the big screen.

Analysis: The fourth song on the album is Ide Kalala Vunnadhe which is sung by the super talented Andrea Jeremiah. Ide Kalala Vunnadhe showcases the heroine’s ecstatic mood as she realizes that she’s in love. DSP composes this song on a simple note as there is nothing much to rave about the tune as this number will grow on you slowly once you listen to it multiple times. This song will add liveliness to this otherwise intense and emotional movie.

Analysis: The last song on the album and the only romantic duet in this political thriller, O Vasumathi has a complete romantic vibe to it. The song is all about the hero wooing his girl. Once again, Devi keeps the tune quite routine but it is the impressive singing by Yasin Nazir and Rita which make things work a bit here.

On the whole, DSP comes up with a meaningful album for Bharath Ane Nenu. The album is a mixed bag of emotions, fun, and romance as songs have been made in different genres and stick to the mood of the film. Vachaadayyo Saami, The Song of Bharat and I Don’t Know are our picks and will be chart-busters in the coming days. This album will surely reach fans’ expectations in the coming days and will set the right ambiance for the movie in a very big way.