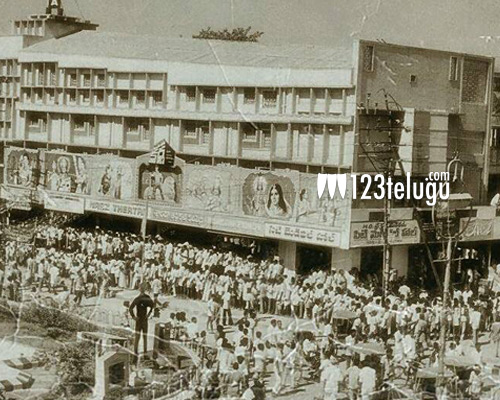 We all know what hype and hysteria all NTR films created during the good old days. One such film which created many records and severe fan following was Dana Veera Sura Karna. Directed by the legend himself, the film saw NTR in different roles. Seen here in the above picture are heavy crowds lined up for tickets at the prestigious Naaz theater in Guntur, Andhra Pradesh during the year 1977. Such a rare moment in history indeed.