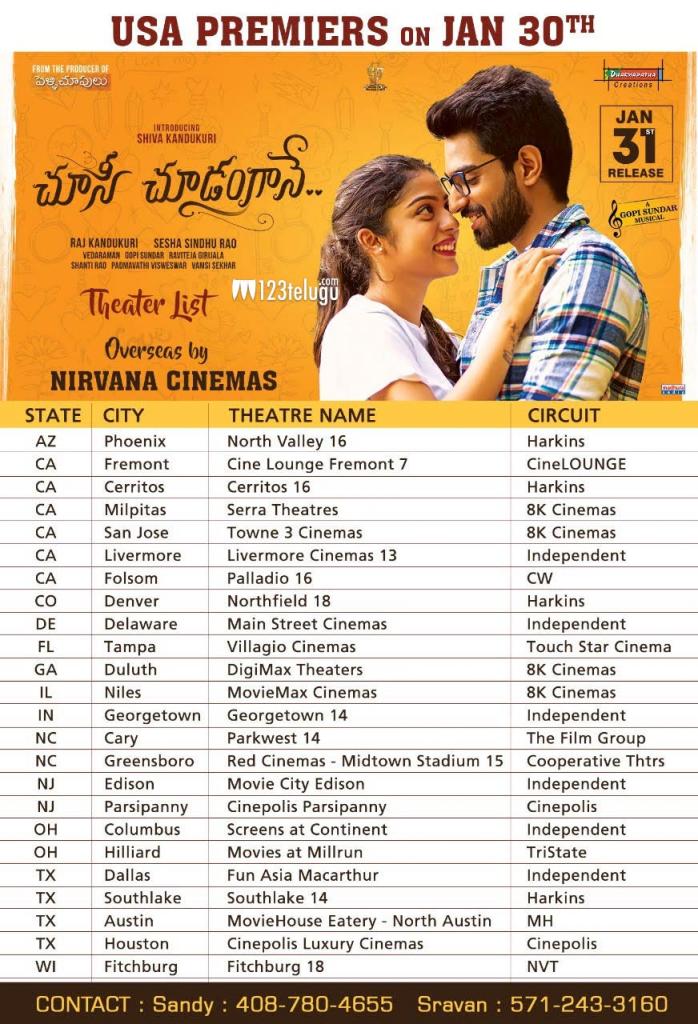 Raj Kandukuri, producer who produced some blockbusters like Pelli Choopulu and Mental Madhilo has come up with another rom-com Choosi Choodangaane. He is introducing his son Shiva Kandukuri with this movie and Sesha Sindhu is making her debut with this film.

Gopi Sundar, who composed music for some sensational blockbusters like Geeta Govindham, Ninnu Kori and many more composed tunes for Choosi Choodangaane. Suresh Babu, who is known to back content rich films is distributing the film in India and Nirvana Cinemas, who brought many concept films like Awe, Agent Sai Srinivasa Athreya, 118 is distributing the film in Overseas.

Movie is hitting screens today in US and premieres start from 6:00 PM local time across all major cities. Digital rights are not sold to Amazon or Netflix, so your best bet is to watch it on big screen.