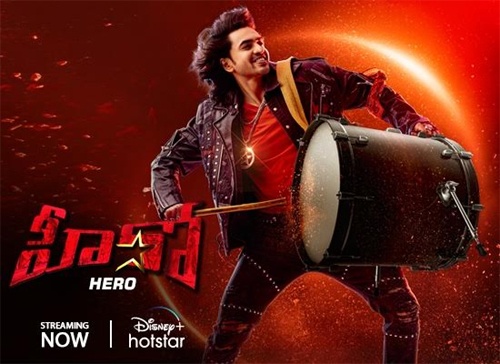 Ashok Galla, another gem from the Superstar Krishna’s clan has made a dashing debut in the industry. The actor’s film Hero was released in theatres this Sankranthi on January 15, 2022 and is all set to premiere on Disney + Hotstar on February 11. Adding Nidhhi Agerwal’s lovely screen presence the film is a treat to watch.

The film has garnered a lot of love and attention from the audience and is now ready to set the OTT stage on fire with its goofy plot.

Ahead of the premier, the Superstar Mahesh Babu has extended his support to his nephew, Ashok. Speaking about Ashok, Mahesh has expressed how proud he is of Ashok’s work and how he has come out with flying colours.

Ashok Galla’s grandfather, the legendary actor Krishna had also paid a visit to the sets during the film’s shooting at the director Sriram Aditya’s request. The musician Ghibran has weaved his magic around with his soulful music.