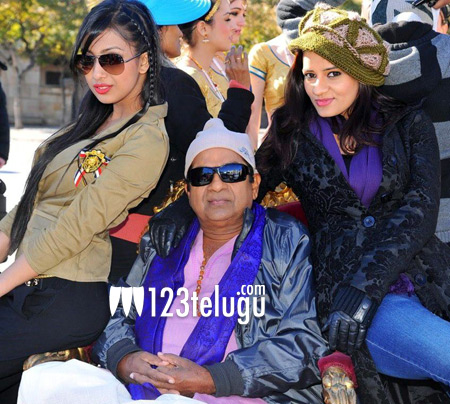 As we all know that stylish star Allu Arjun is busy shooting for his upcoming film Iddarammayilatho, a latest still from the movie has been surfacing the net. In the picture shown above we can see comedy king Brahmanandam posing with his own Iddarammayilatho from the film. This picture gives a clear indication that Brahmanandam will be seen in yet another hilarious role in this film, which is directed by the hot shot director Puri Jagannath. Bandla Ganesh produces this film on Parameshwara Arts banner and Amala Paul and Catherine Theresa play Bunny’s love interests.