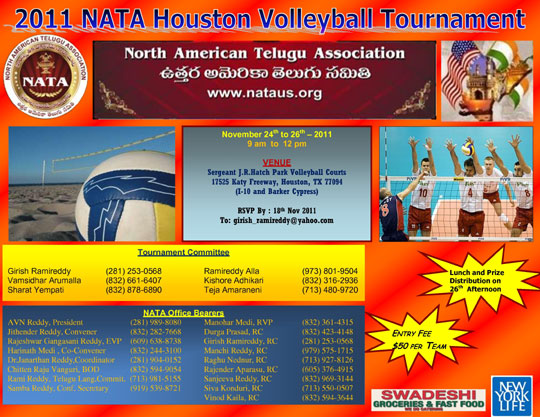 NATA Houston Conference Convener Jithender Reddy acknowledged, this would bring a lot of enthusiasm in local Telugu Community and also the home town for 2012 NATA Houston Convention (June 29- July 1). 8 teams from Houston will compete in this wonderful sporting event. Preliminary rounds will be conducted on November 24th and 25th and Finals will be held on November 26th. The Volleyball trophy will be presented by the NATA Executive Committee at a special Awards Ceremony on the same day. The RVP Monohar Medi is very excited and appreciated is Regional Coordinators effort to conducting the event in Houston.