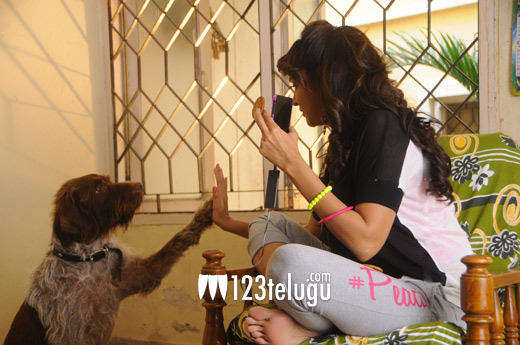 Laxmi Manchu’s designer dog, named after the Greek god “Zeus” is making his debut in the film Chandamam Kathalu. We all know that Laxmi manchu is already a part of the film. Will Zeus be acting along with Laxmi in the film or is he going to make a solo appearence is yet to be known. Some sources say that Manoj Manchu was on the sets of the film to handle and train Zeus and some other source says that a special hair stylist was hired to style Zeus. What ever is said and done, there seems to be a lot happening on the sets the film “Chandamama Kathalu”.