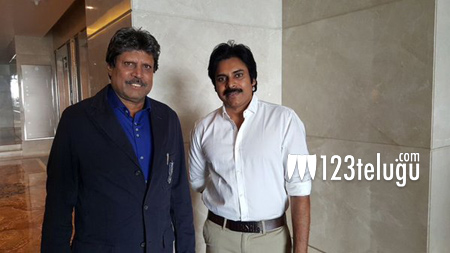 In this rare moment captured just a while ago, Powerstar Pawan Kalyan met the legendary Indian cricketer Kapil Dev in Baroda. Apparently, Kapil Dev first saw Pawan, walked up to him and said he has watched some of his films, much to the surprise of Pawan and others who were present at the spot. Interestingly, this is one rare and a precious moment where Pawan himself asked for a photograph with anyone, said Sardaar’s producer Sharrat Marar.

Pawan and his Sardaar Gabbar Singh team are currently shooting for an extensive schedule in Baroda, Gujarat. 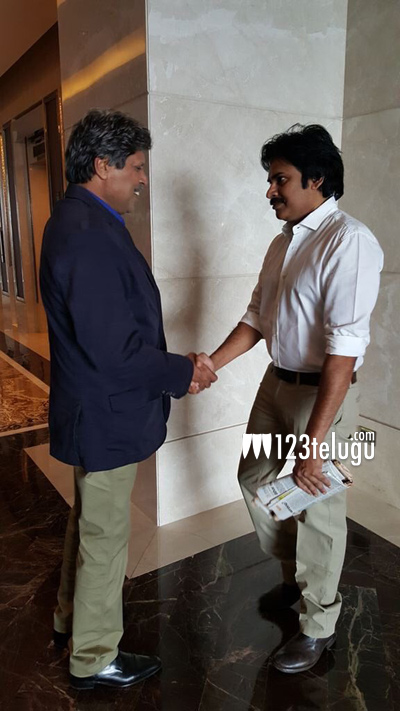