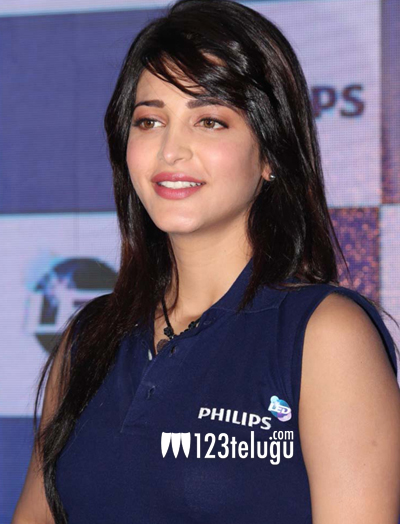 Picture House Media Ltd, a leading media and entertainment house based out of Chennai and Hyderabad has initiated Civil and Criminal Proceedings against actress Shruti Hassan.

Shruti Hassan after entering into a contractual agreement to be the female lead in a bilingual starring Nagarjuna and Karthi directed by Vamsi Paidipalli has reneged on her contractual obligations. She has arbitrarily pulled out of the project citing dates clash as a flimsy excuse. The dates were mutually discussed with her and schedules were planned around her convenience. The said movie has commenced its shoot and first schedule was completed and unexpectedly Shruti conveyed through an email that she wanted to exit the project.

This unethical and unprofessional act of Shruti Hassan has resulted in Picture House Media Ltd incurring financial as well as reputation loss. Though the financial loss is running into several crores, it is the loss of time and reputation that is significant because the schedules of all other artists who have committed their dates will be disrupted.

With an intention of ensuring that such unprofessional attitude is not repeated and to protect the interests of its various stakeholders, Picture House Media Ltd has initiated both civil and criminal proceedings against Shruti Hassan and the Honourable Judge has taken cognisance of this civil offence and issued an injunction restraining her from signing any new movie until further orders. For the criminal offence, Police have been instructed to investigate the matter. 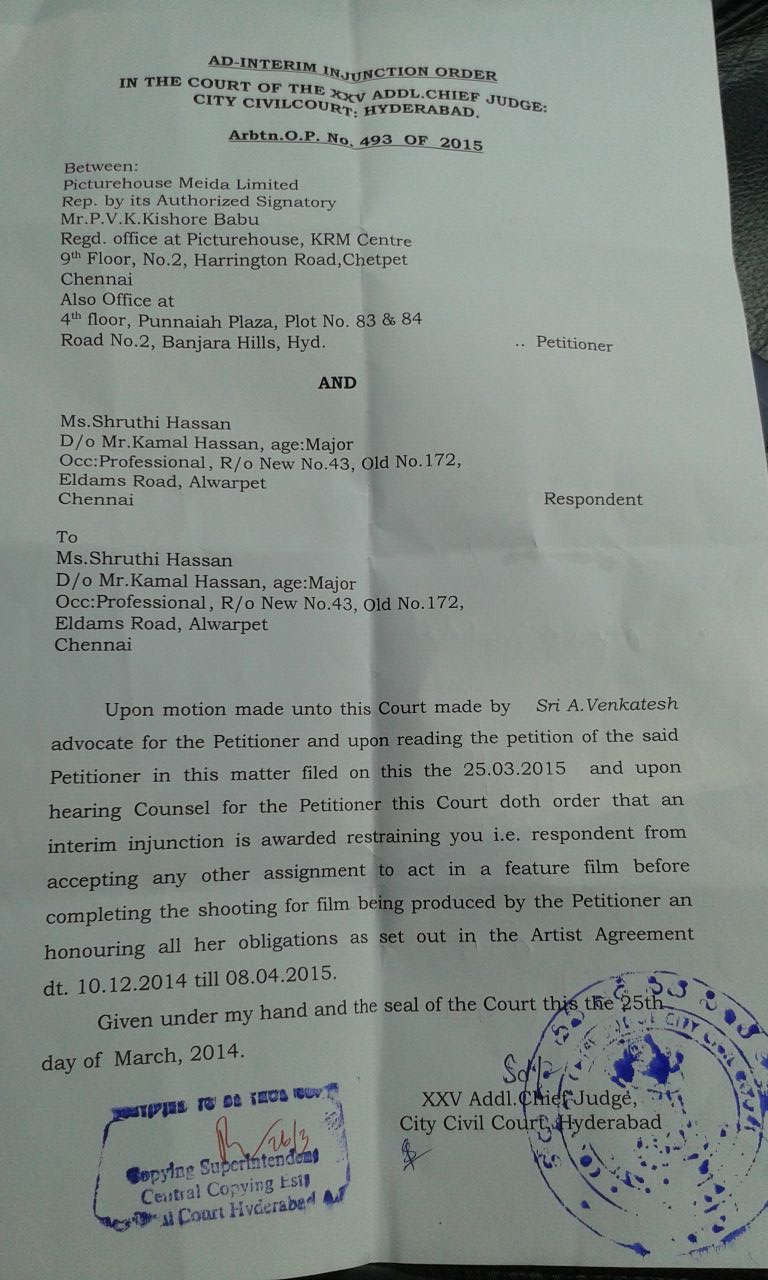