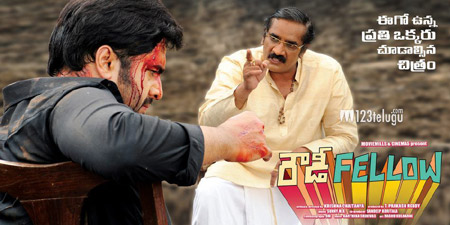 Of late films have been choosing between hard-hitting storylines and pure entertainment. Rowdy Fellow is one of the few recent films which focused on both elements in equal proportions and the result is evident… Rowdy Fellow has successfully entered its second week at the box office. In fact, the film has been getting standing ovations in some centres for its’ mass connect. Production house Moviemills looks to have picked a winner right at the beginning of their entry into Tollywood. While the movie started off on a good note, word of mouth ensured that the collections have been climbing steadily according to a source close to the unit. The upward collection trend has continued even with the onset of another Friday which brought in more releases, as there’s no significant competition to this movie.

While the message of the movie came through without a doubt, and Nara Rohit’s performance was given thumbs up, there is another hero that stood out in the film – the dialogues. The film’s dialogues have become somewhat of a craze on the social media circuit. Way to go Rowdy Fellow!