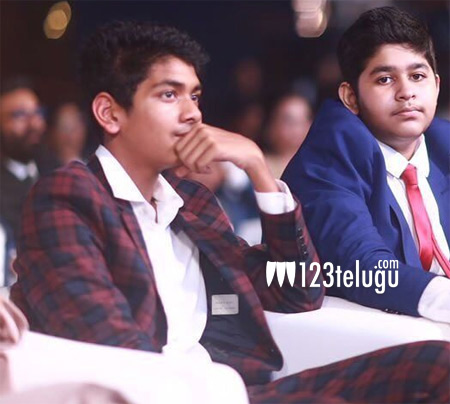 The audio launch of 2.0 was held on a grand scale in Dubai recently. The who’s who of the southern industry attended the event and made it a big success. But one pic which has created a sensation of sorts is the one featuring kids of two stunning technicians. Seen here in the picture above from left are Arjith Shankar and A R Ameen who are sons of both Shankar and A R Rahman respectively. See and enjoy this rare pic.